Marian Keyes was born on 10 September 1963. She was born in Limerick and raised in Monkstown, Dublin.

Keyes is a writer of fiction, as well as novels, she produces non-fiction and is best known for her work in women’s literature.

Much of her writing deals with family life with themes of themes alcoholism, depression, addiction, cancer, bereavement, and domestic violence. (Wikimedia)

She studied law and accountancy at the University College Dublin. In 1986 after graduating, Keyes took an administrative job in London. During this period she became an alcoholic and was affected by clinical depression, culminating in a suicide attempt and subsequent rehabilitation in 1995 (Wikimedia).

Marian began writing short stories while she was dealing with her alcoholism and after she came out of rehab she sent them to a publisher (Penguin Books Limited). After submitting her short stories, the publisher encouraged her to give in a complete novel, she then began working on her first novel.

She started writing in 1993 and her first book Watermelon was published in Ireland in 1995 (Penguin Books Limited).

She now lives in Dún Laoghaire with her husband Tony Baines, after returning to Ireland from London in 1997 (Wikipedia).

Marian says of London, “So that I wouldn’t miss London too much I imported an Englishman (well, actually I married him.)” (Penguin Books Limited).

Since 1995 she has published 13 novels and four works of non-fiction (although that count may be more now at the time of writing this).

Her books are centered around strong female characters, dealing and overcoming obstacles to their happiness.

These obstacles include the themes of domestic violence, drug abuse, mental illness, divorce and alcoholism and these are often drawn from her own experiences.

Marian Keyes is regarded as a trailblazer for the chic lit genre. Even though her novels deal with very serious and dark topics, they are all filled with humour.

Keyes take on her dark humour, “But I’ve always used humour as a survival mechanism. I write for me and I need to feel hopeful about the human condition. So no way I’m going to write a downbeat ending. And it isn’t entirely ludicrous to suggest that sometimes things might work out for the best” (Wikipedia).

After her first novel was published in Ireland, she became known abroad for Watermelon, Lucy Sullivan Is Getting Married, Rachel’s Holiday, Last Chance Saloon, Anybody Out There, and This Charming Man. 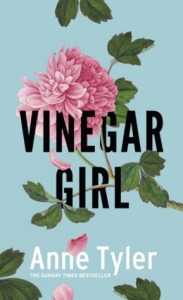